Ever since the spying app FlexiSPY was spotted in the hit tv series Mr. Robot, we’ve had way more visitors to the site than normal. What were they looking for? the answer of course, is that they were searching for phone spy software.

To help those in search of real insight, we’ve put together what we hope is the only guide you’ll need.

We’ll walk you you through how to use phone spy software, what to look out for before spending your cash, what this software can realistically do, how to install, and more.

1: What is phone spy software 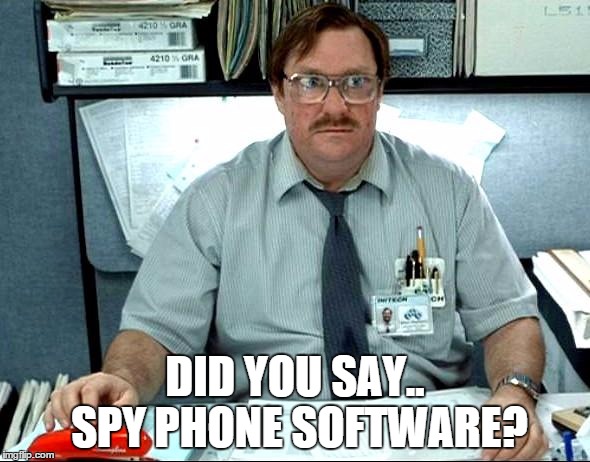 (Skip this section if you already have a good understanding of what phone spy software is).

Phone spy software, also known as cellphone spying software is a type of bugging application that is virtually installed on mobile phones. This software can enable conversations to be heard and recorded from phones upon which it is installed, it can also monitor IM clients such as Facebook Messenger, Skype, Viber, WhatsApp, etc.

Basically, the software captures everything that’s going on in the phone to which it’s installed. It then securely sends the captured information to a portal where you can view the info in a visual manner.

2: What can it realistically do?

In the past we’ve seen tv shows and movies portray phone spy software in a light that just isn’t realistic. In one television series, a hacker was able to send the software through SMS to the targeted cell phone. When the message was opened the spy app was surreptitiously installed and the guy at the other end of the phone didn’t have a clue! But that’s just not possible.

Here’s what is possible:

Phone spy software can’t be sent or installed magically through the air and onto a phone. Anyone trying to sell you this idea is a dirty fibber. There’s so much disinformation though that it’d take ages to rebute it all, instead you can have a look at the point below which layout what phone spy software CAN do, plus any limitations

What it can do:

So except for doing the dishes and drying them, phone spy software does practically everything you’d think it would. (Kidding about the last part, though that’d be awesome!)

Even with all of the security that Apple has put in place, there is space to sneak in a spying app onto their devices.

But keep this in mind:

Most spy software for iPhone requires that the iPhone is Jailbroken before the app can even be downloaded and installation completed. We’re not going to explain all the details of jailbreaking in this article, but it’s important for you to know this limitation.

Right now there is only one spy app on the market that works on a non jailbroken iPhone, but we wouldn’t technically call it a spy app, more like a monitoring solution.

This solution comes from mSpy, and it requires that the iPhone in question has iCloud Backup turned on. You’ll also need to know the password of the iCloud account in order for everything to work. Lastly you should keep in mind that with this no jailbreak solution you’ll only be able to get a small glimpse into the data compared to a fully fledged spy phone app.

You’ll be able to install a spy app right off the bat with Android but there’s a catch.

MOST spying features of reputable spy app software will work on a Android phone that hasn’t been modified. However, for the advanced features, like spying on Instant Messaging (IM) apps to work, you’ll need to root the phone. As with jailbreaking, we won’t go indepth with rooting here, but you can learn more about what it is and how to do it here.

Again, for basic features such as tracking GPS, phone logs, sms messages, photos, and emails, no modifications are needed. You could pick up a brand new Android phone from the store, activate the phone, then install and activate a spy app of your choice, it would still capture the data, just not ALL of the cool stuff is unlocked.

5: How long it takes to install

We’ve installed and spy software on both iPhones, Androids, and BlackBerry’s, so we a good idea on the average time it takes.

So how long does it take?

The installation time could be less, it just depends on your knowhow. We highly suggest that you try installing the spy app onto your own phone first to get familiar with the process, that way if time is of the essence you won’t be pressured.

(We cover installing and using in section 7, you can skip ahead if you’d like)

6: Will it be visible or non visible?

Now we’re getting into some touchy subject matter here, be prepared.

Any cell phone spy software worth it’s salt will be invisible and undetectable. But the smarter companies will have covered themselves legally-wise by making the app install visibly by default.

Here’s what we mean.

When you install the software onto the phone, there will be a visible icon, BUT when you activate software, amongst other things, you will be asked if you want to make the app hidden.

This is at your discretion, the choice is yours. You can make the app completely hidden and the phone user will never know that something has been installed, or you can leave the app visible and the target will know that they are being monitored.

Disclaimer: Come on guys, check with your local laws before you think about choosing to make the application hidden, in some states you could get into trouble with the law if you hide it. get the info you wanted, and then try to bring up the evidence that you got in court. Whatever the case, we are definitely NOT advising you to do anything illegal.

(Here’s a direct quote “The onus is then on the user of the software to ensure he or she doesn’t break any law.” – Reference)

7: What results should I expect?

If you purchase one of our recommended spying apps then we’d say you should expect the software to perform as expected most of the time.

One thing we’ve noticed is that for whatever reason, the phones with the phone spy software installed on them can sometimes take an extra hour or so to upload any newly  captured information to your portal. Other that, you should be ok and if you’ve chosen to hide the spy application, it will always stay hidden. We’ve never seen a case of any of our recommended spy apps failing so hard that the icon popped up on the screen.

8: How to install and use

Installing and using a phone spy app varies between which one you bought, and whether it’s an Android phone or iPhone. Our FlexiSPY Review and Getting Started Tutorial shows you the basics, but we haven’t made a guide for Highster Mobile or mSpy yet.

The basic steps are the same for most apps though, so I’ll cover them briefly below.

The best things in life are free, right? That must be why we get a lot of people asking things like “is mSpy free?” or “is FlexiSPY free?”

No, no, no. There aren’t any good free cell phone trackers, not ones that work properly anyways. While many genres of apps are free or have free versions, the reality is that it takes a huge amount of development time to crack into android and iphone devices, let alone keeping up with compatibility when a new version is released. A free app would just never work, or at least we’ve haven’t seen one surface yet.

Bonus, Before you go!

Wohoo, you’ve made it to the end of this post!

By now we hope you are feeling more knowledgeable than before you’ve read this post, and if you read through everything, you should be!

One more thing though:

You’re probably wondering if we recommend any phone spy app in particular. The answer is that we do. We recommend FlexiSPY as the best spy app CURRENTLY in the market. you can read our indepth review of them here, or visit their site directly through the link below.

Visit and learn more about our top pick

Anything you think we missed in this guide? We’ll be happy to add on to it, just leave your suggestion or comment in the comments section below and we’ll consider adding it.

How does FlexiSPY work and how to install it?
FlexiSPY is a phone application which comes with an
0 940